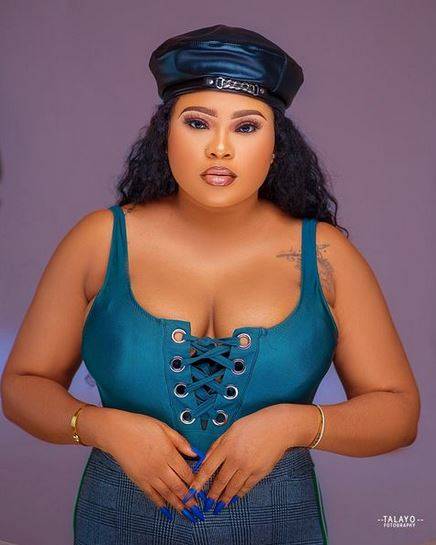 It is no big news that plenty of bad bloods flow freely in the Nigerian movie space known as Nollywood.

At least, many actors have voiced their frustrations at different times. So, when Odunlade penned her recent experience on her Instagram page, it came as no surprise.

According to the actress, the movie industry is not a lovable one, noting that so much hate abounds in the industry.

“It is better to join a witch society than being in Nollywood but God is with me. I have always known that the industry we are in is not a lovable one,” she wrote on her wall.

Theeditorial.ng gathered that the actress was accusing a colleague of slandering her, telling lies about her.

“Feel free to say anything you like about me but make sure it’s the truth, tell them the real story of how everything happened. Mind you, I talk with receipts and evidence, I don’t just cook up lies and tarnish other people’s image. While you are busy telling them the bad side which is a lie, and you know it deep down in your heart, use that same energy and time to tell them the truth and the good side I have always shown you. I didn’t wrong anyone, and with God all things are possible,” she said.